Based on two poems of Elton Amadou-Connell. Two large posters featuring two semiabstract figures. Some forms represented are a skull, eyes, clock hands, and metal pieces. The shapes are mostly pointed and have irregular forms. The image is centered and the background is white.
The second image description: most of the forms have curves and some forms are outlined. On the top of the figure, there are two hands holding a flower. Some elements of the image are white, giving a sort of a sense that the image is not totally finished. The image is centered and the background is white.
The creative process is associative, some of the represented forms are the words included in the poems: skull, time, lemon, envelope, temporary, wolf -two times-, etc. The images represent the two texts themselves: the grammar, the spelling, and the narrative itself.
Moreover, I did some experiments with vinyl foil; with some of the single words taken from the poem (each word is represented by a figure, for example, the word yeah! is represented by the image of the rainbow), and I pasted them temporarily on the street. Limited edition of 5. 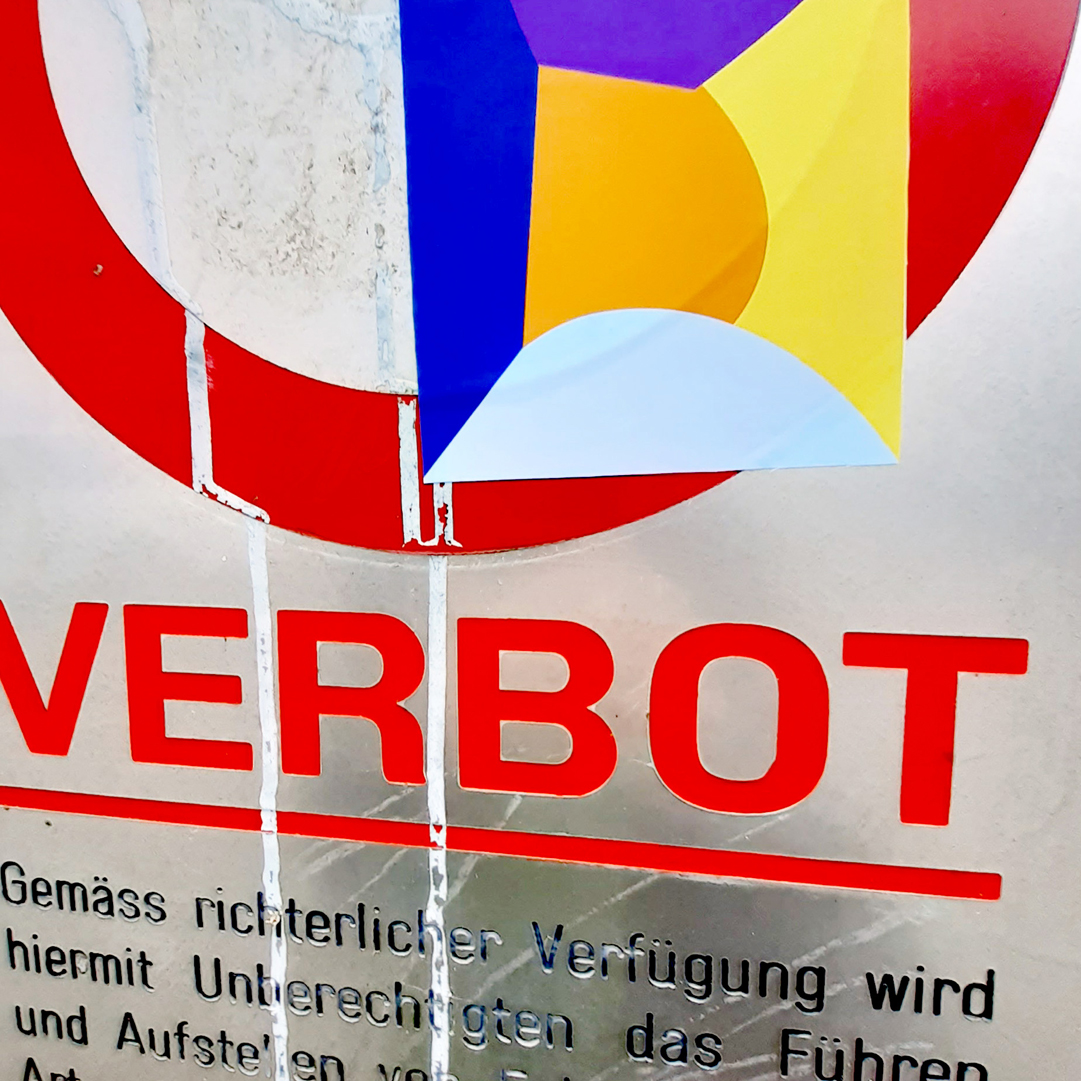 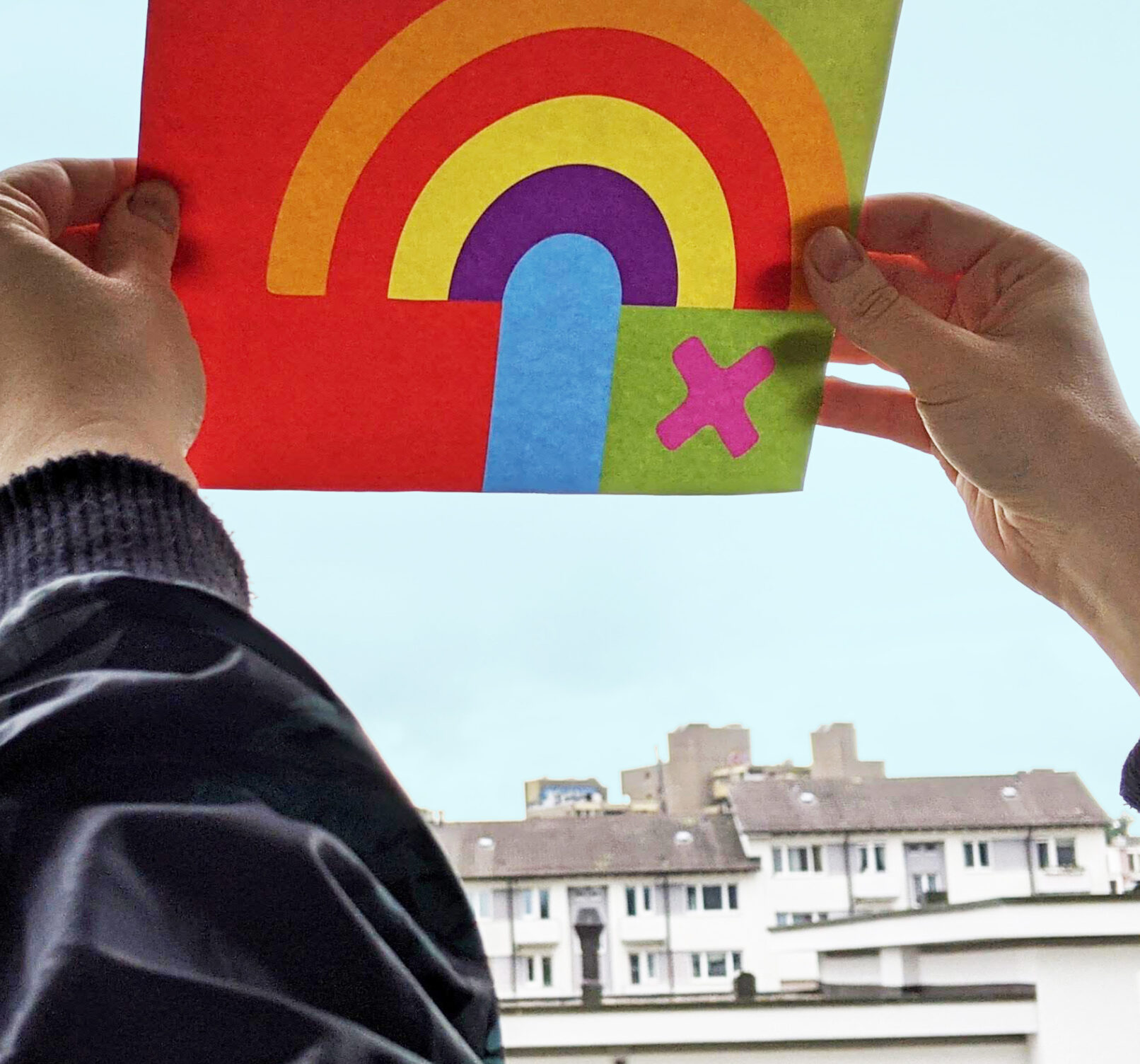